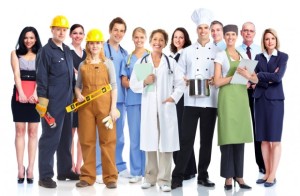 SAN DIEGO – San Diego’s unemployment rate fell to 4.6 percent in September, according to statewide data released today from the California Employment Development Department (EDD) for the September 2015 period. This is the lowest unemployment rate since June 2007.

Despite another weak U.S. jobs report released earlier this month, San Diego showed more strong signs of growth led by important traded sectors and sectors with high-wages. San Diego’s labor force is up by 22,300 people from September 2014 and unemployment is down 21,900 people over that same period—all amid solid and increasing employment growth.

Phil Blair, executive officer at Manpower San Diego, said, “The September employment report was even better than expected, as the regional economy looks to be picking up speed toward the end of 2015. We saw a disappointing national jobs report released earlier this month, but it was just the opposite in San Diego, with outstanding job growth driven by our construction, manufacturing, and technology sectors.”

Mike Combs, research manager at San Diego Regional EDC, said, “It is always a great sign when growth is driven by high-tech sectors and goods-producing industries like construction and manufacturing. These tend to be high paying jobs, and these industries tend to be more connected to local suppliers, which leads to even greater impacts throughout the region’s economy.”

These findings are part of the California Employment Development Department monthly employment report.