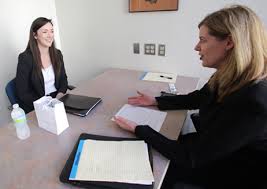 SAN DIEGO –  Despite a slight uptick in the unemployment rate, San Diego’s economy showed strong signs of growth, according to statewide data released by the California Employment Development Department (EDD) for the October 2015 period.

Phil Blair, executive officer at Manpower San Diego said, “San Diego’s economy is continuing to grow, despite the forthcoming headlines about the seasonal rise in the unemployment rate. Most importantly, the unemployment rate is a full percentage point lower than it was a year ago, our labor force numbers are showing signs of confidence and the region has added more than 40,000 jobs since last October.”

Mike Combs, research manager at San Diego Regional EDC, said, “We continue to see solid employment growth overall and very high growth in key high wage sectors like technical services, construction, and healthcare. It is very likely that this growth will drive the unemployment rate back below 5 percent by the end of the year.”

These findings are part of the California Employment Development Department monthly employment report, which was released this morning. Using the report, San Diego Regional EDC conducts its own analysis – the Manpower Monthly Report – to understand how the region’s economy is performing.

The report is sponsored by Manpower San Diego.