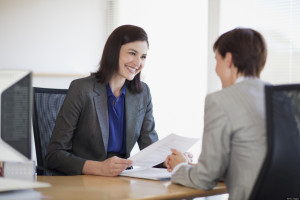 January 6 is anticipated to be the top job search day of 2016, according to analysis of proprietary data released by Monster Worldwide Inc. (NYSE: MWW).

The research is based on 2014 and 2015 data showing that there were 70% more job searches on the first Wednesday of the year when compared to an average day on Monster that year.

“This historic uptick could be attributed to a combination of many things, but we believe as people return to work after the holidays, they are more motivated and aware that better is out there,” said Vicki Salemi, career expert for Monster.

“If Monday and Tuesday are all about getting back into the swing of things, it’s that first “hump day” – Wednesday – that seems to give us an extra push to see what’s out there. So if you’re searching today, you’re not alone.”

Recent data also found that job seekers in 2015 searched most for part-time jobs, sales jobs and accounting jobs. These areas have grown exponentially, according to Monster.

For example, “gig economy” jobs have been trending as people, particularly millennials, are having more of an entrepreneurial mindset seeking part-time jobs to pay the bills while they achieve something bigger.