To learn more about veteran transition into civilian careers try our eBook version of Job Won! For America’s Veterans.

This month we look forward to hear, share and support all the great work of the Military Spouse Economic Empowerment Zone as we host their monthly meeting.

Their mission is to connect military spouses with companies committed to hiring. MSEEZ are collaborative efforts among the local business, civic, and military communities that establish employment networks in municipalities around the country.

We are honored to work together.

Thank you to Empower, Engage, Inspire for the special recognition for job Won! For America’s Veterans in the December newsletter. 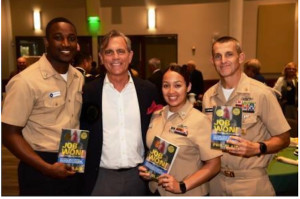 Manpower has been actively engaged with veteran communities through Job Won! For America’s Veterans. From supporting military family collaboratives, the USO, MilSpouse and other leading transition focused programs we are committed to service those who serve. From a renowned military town like San Diego, we know first hand how difficult the transition from military back to civilian life can be. Phil Blair has dedicated his life to helping people find purpose and meaningful employment and has now dedicated himself to helping our veterans transition successfully.
Phil’s new book, “Job Won! For America’s Veterans” is packed full of incredible tools that will help.
www.job-won.com

As veterans, we know first hand how difficult the transition from military back to civilian life can be. My friend Phil Blair has dedicated his life to helping people find purpose and meaningful employment and has now dedicated himself to helping our veterans transition successfully.

His new book, “Job Won” is packed full of incredible tools that will help. Please buy a copy today. I am buying 10 copies to give out to any veteran I meet. This makes a great gift and thoughtful reminder that we are looking out for each other.

Please share this email and the link above on social media. There are a lot of upcoming events surrounding the rollout of this book and ongoing engagement with our veterans’ community by the author. Check out www.job-won.com for more information!

I first met Rebeka when she attended one of Manpower’s WorkPath Veteran’s training programs on a scholarship provided by SDG&E.

Raised in San Diego, she was a seven-year Army veteran who had been stationed in Kentucky, El Paso and South Korea as a human resources specialist.

Talking with her, right away I sensed her undeniable love of meeting new people, her desire to bring people of different cultures together, and her pride in serving her country through the U.S. Army. She reached the rank of sergeant.

After high school, Rebeka went into the Army to gain work experience, see the world and put the military’s education benefits to good use. All of which seemed difficult to achieve unless she had made her decision to enlist.

Returning home, she assumed that all kinds of career opportunities would be open to her. She completed the required courses and certifications in human resources management, and later managed a small staff in career counseling where she was stationed.

We all know there are countless military skills and specialties that make it difficult for veterans to easily transition to private-sector jobs. “Sniper” and “submarine captain” are two past clients that come to mind.

It’s also true that some employers tend to regard veterans as being rigid or prone to anger and PTSD issues.

Yet one of the smoothest and easily transferable skills, one would think, is Human Resources. It’s all a matter of interviewing people and placing them in new positions, right?

Some 18 months out of the Army, despite her valuable training, experience and smarts, Rebeka was still looking for a job when we met.

Their next chapter for success in the private sector

Too often, we hear the story of veterans having a difficult time transitioning from the rigid structure and strict discipline of the military to the private sector.

A few years ago, a Navy admiral based here in San Diego told me straight out: “The federal government pays me to keep America safe and fight wars. It does not give us money for outplacement services for the 15,000 military folks who end their military careers every year in San Diego.”

To combat that reality, the military’s Transition Assistance Program, a mandatory five-to-seven-day program, was launched about a year ago to serve as a “reverse boot camp.” That’s a good start. So is offering tax credits to businesses that hire vets.

And the USO recently added a fourth pillar of service, that of preparing for the veteran’s next career as a civilian.

In my view, the process of transition needs to include basic language re-training, moving soon-to-be vets away from relying on too much military jargon, or using odd acronyms that very few of us non-military types understand.

It can be as simple as getting out of the habit of answering all questions with “yes, sir/madam” and “no, sir/madam.”

At its best, a civilian job interview is a fairly relaxed conversation, not a military tribunal.

Companies are hiring her, not her past team

Wisely, Rebeka took a “can-do” approach. She learned how to re-adapt to civilian culture by following the equally wise advice of her professional counselors and coaches at WorkPath.

She talked about her own personal skills and achievements and not we, my team or us. Companies are hiring her, not her past team.

She shared clearly how her skills and experience were relateable to specific private-sector companies.

She re-wrote her resume and removed all military lingo jargon.

Already bright, self-assured and poised, she soon became a more savvy interviewee and promptly landed a temporary-to-hire job through Manpower that went permanent and has since been promoted four times in four years.

Research — to which I can personally attest — shows that companies smart enough to hire qualified veterans have higher retention rate, plus benefit from a greater potential for leadership roles.

Employers, I encourage you to reach out to veterans when they apply for your jobs, each and every day. And we need to beef up veteran transition training to make it more meaningful.

Job Won! For America’s Veterans had some great opportunities to support those who’ve served. From honor rides in San Diego and Las Vegas, Rotary Luncheon, SD Chamber of Commerce Career Panel at the Veterans Museum, getting the message out on Fox 5 San Diego…to stretching our legs with a visit to honor our brothers and sisters in arms at Fort Rosecrans.

Efforts don’t stop since our national honor day has passed. November 14th we are participating in the career transition job fair at the Scottish Right facility, Mission Valley; November 18th the Union Tribune published a success story on persistence, challenges and inspiration for finding your career post-service – the article posted here…and every month we will continue to do outreach to always remember our service members and families. 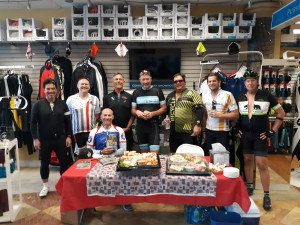 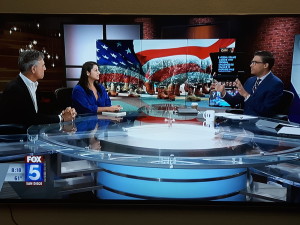 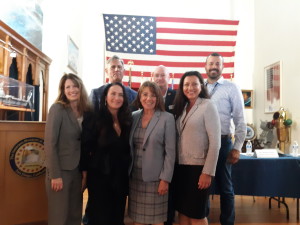 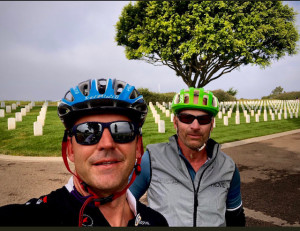 Phil Blair, co-owner of Manpower-West and author of Job Won! 500,000 Hires and Counting, has added to the Job Won! series with For America’s Veterans, is every veterans guide to transitioning from military service into private and public sectors.

The quick read of over 200 pages offers practical advice, tips and strategies presented in Blair’s conversational, easy-to-understand style that includes testimonials of “do’s” and ‘don’ts” for successful career changes. Equally compelling is the self-help guidance for staying mentally fit while faced with new-uncertain challenges faced by many veterans today.